BLender, a p2p lending company from Israel, today announced its global expansion, beginning with new offices in Milan, Italy and Vilnius, Lithuania that will serve customers in Italy and the Baltics. The Israeli-based company delivers a P2P lending platform with a proprietary consumer credit rating system designed for territories without credit bureaus or traditional consumer credit information. BLender is a cloud-based platform that was built to work in a wide range of markets and languages.
Read more

BLender scores $5M to expand the boundaries of P2P lending

P2P lending platform, BLender, secured $5M in funding from Blumberg Capital, one of the leading American VC firms whose most notable influence is in the global FinTech market. The company currently operates within Israel, but with the funding, BLender plans expand into Western European and Latin American markets within the coming months. Blender CEO, Dr. Gal Aviv, told Geektime that targeted countries include Columbia, Brazil, Germany, and France, among others. He also indicated that some new features will be released, although he would not disclose any specifics.
Read more

The Israeli FinTech startup BLender offers an alternative to the expensive credit provided by banks and credit card companies.

Israeli Investment House Psagot has announced an agreement to purchase 20% of multinational Peer to Peer (P2P) lending platform BLenders’ activity in Israel, pending regulatory approvals. No financial details from the deal have been revealed yet but it is known that Psagot will be adding its representative to the BLender Israel Board of Directors.
Psagot is the largest investment house in Israel and manages assets valued at $50 billion for a million individuals, corporations and institutions. It is owned by Apax Partners, a UK-based private equity and venture capital firm.
Read more

How to Assess Borrowers’ Stability with No Credit Information

Dr. Gal Aviv, CEO of Israeli peer to peer lending start-up BLender, speaks about the new trends in the business. 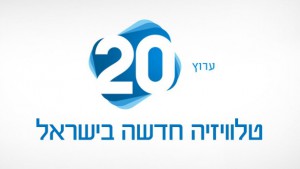 Dr. Gal Aviv, CEO of Blender, named one of the 100 most influential people in our lives and the future of our children

The hottest word in the financial world these days is “FinTech”: that is, harnessing technological developments to provide financial services. The tremendous technological capabilities offered by the smartphone era, the complete access to information and services at any place and time, and the slowness of banks, has set the stage for organizations and individuals to come in and challenge the traditional banking systems.
Read more.
See the full list of the 100 most influential people.

The online venture enables anyone to borrow or lend at lower interest rates on average than those offered by banks. Giora Ofer of the Lahav Fund is leading the venture along with Doron Aviv: “We haven’t reinvented the wheel in terms of the idea, but we did greatly enhance the technology.” Read more.
Ustawienia plików cookie